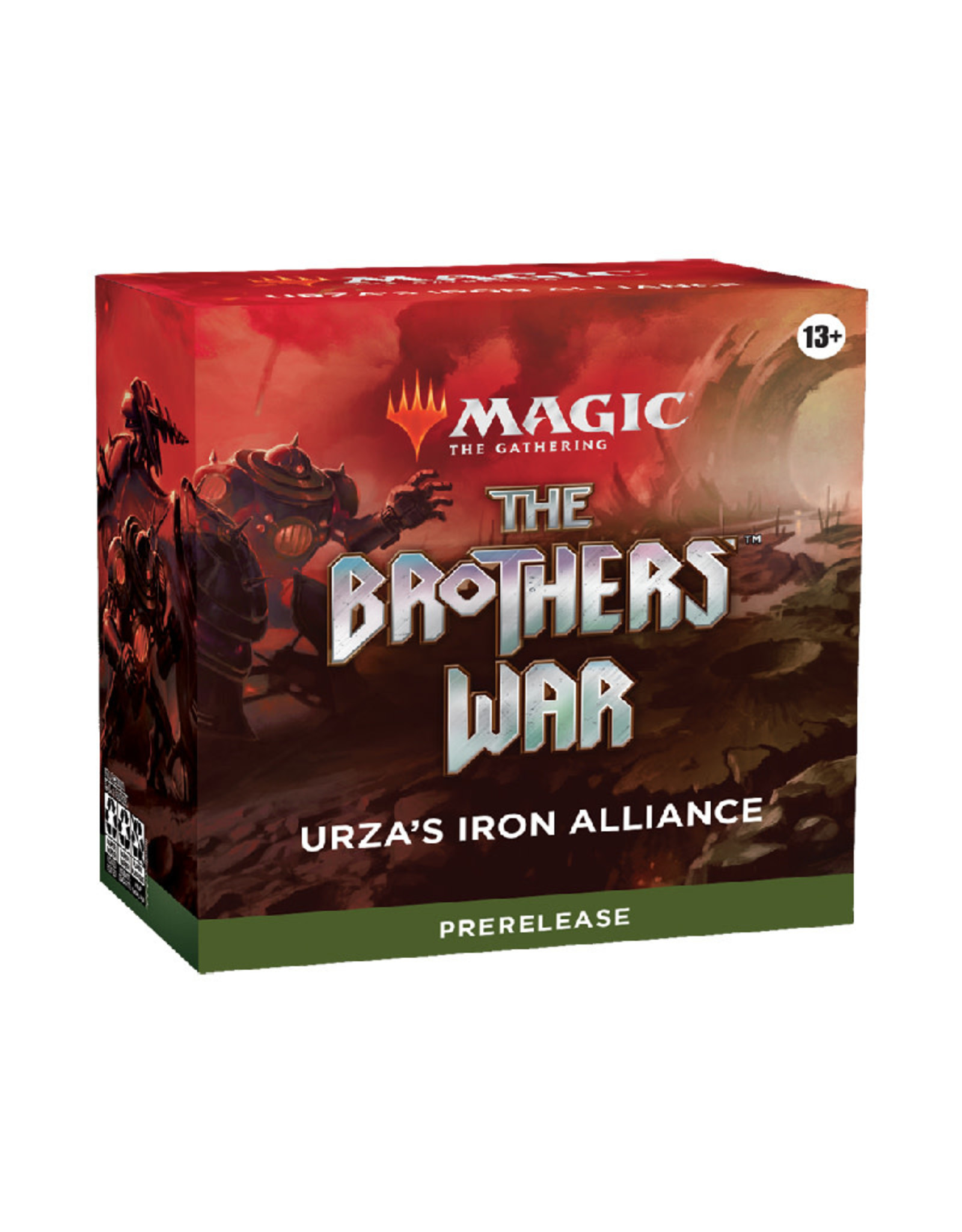 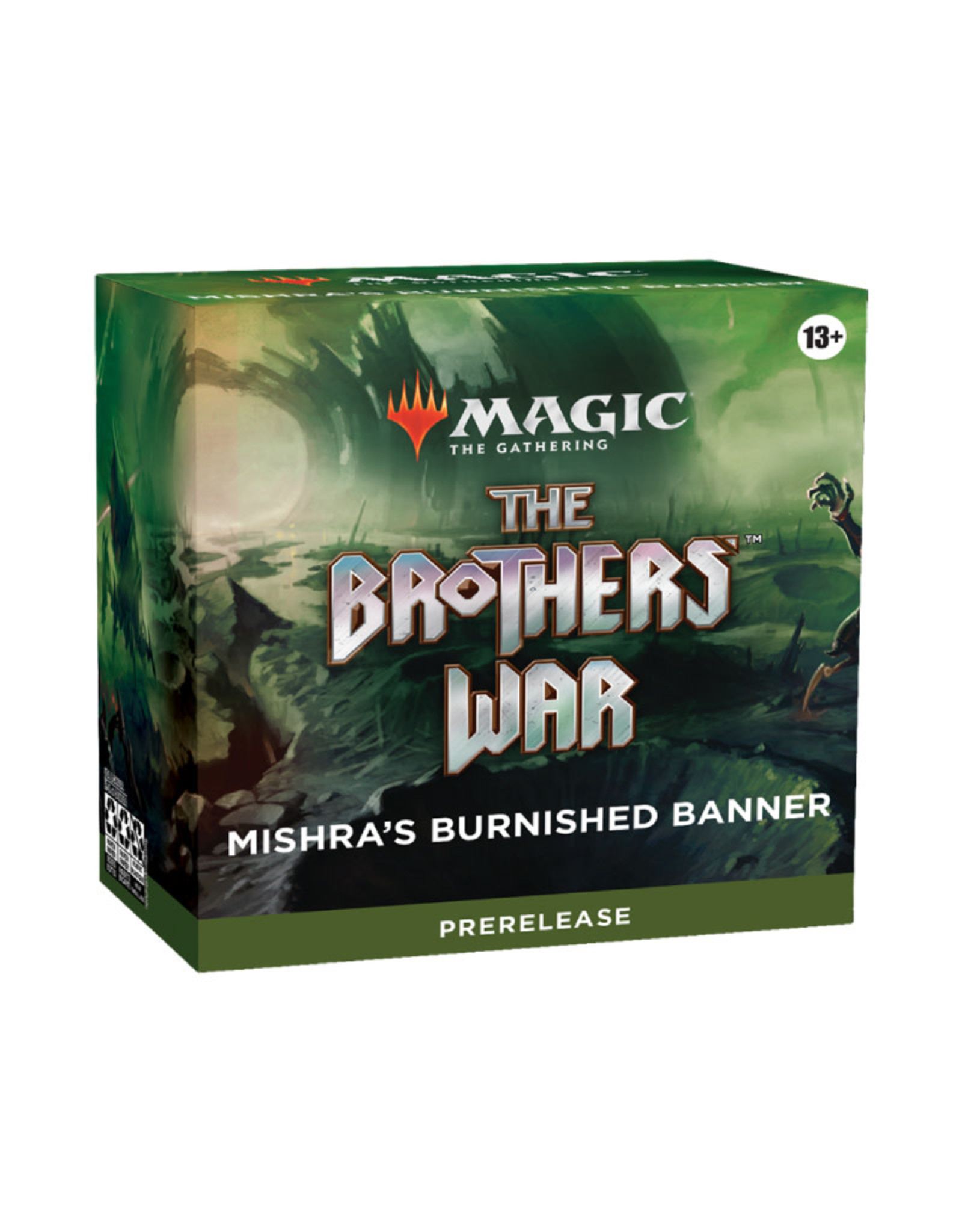 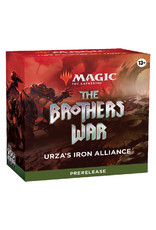 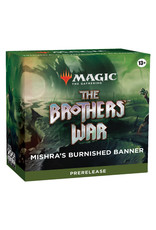 One The Brothers Prerelease Pack, which contains:

PLUS, The AT HOME Event Kit also includes 2 The Brothers' War Set Boosters as prizes for your at home play.