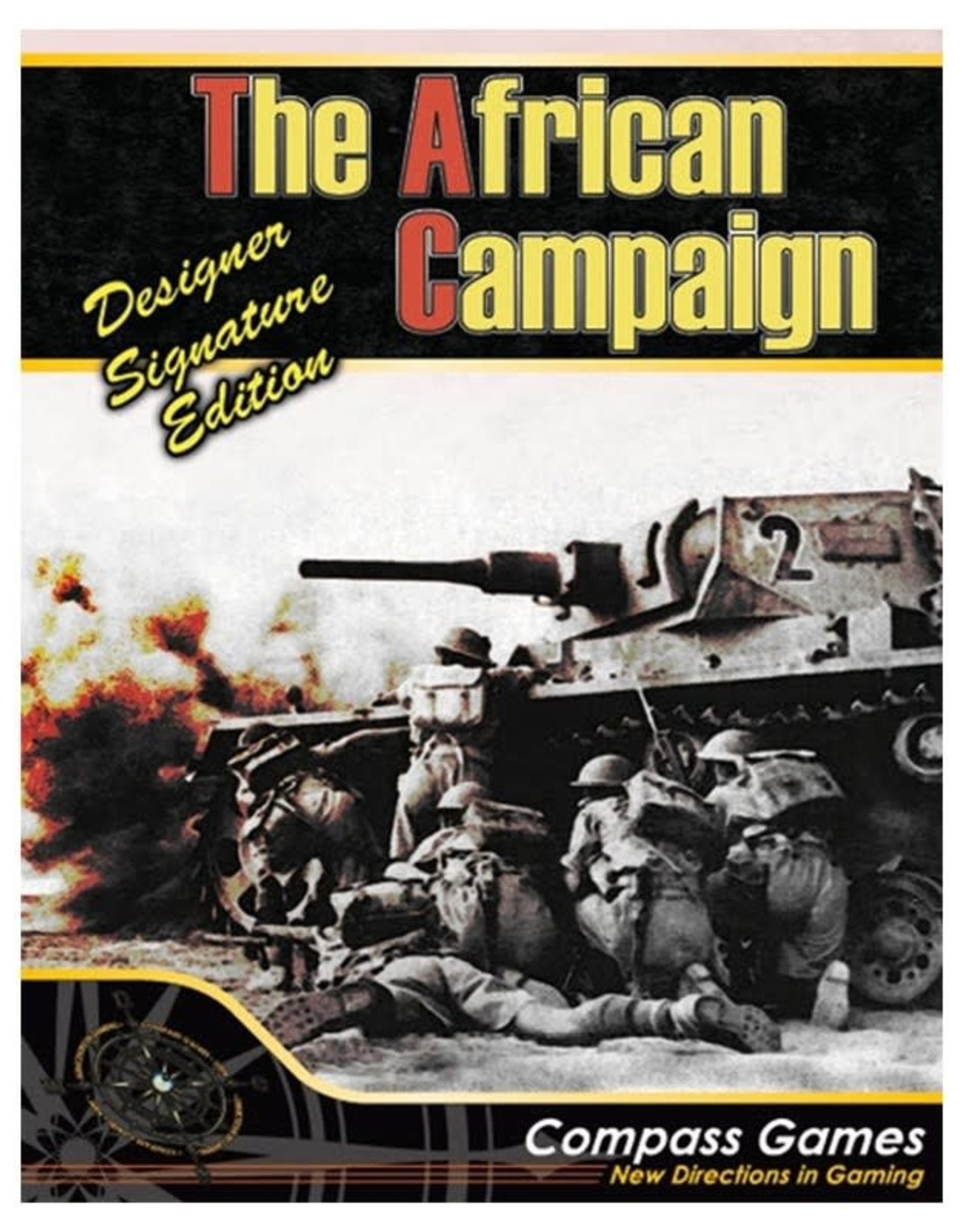 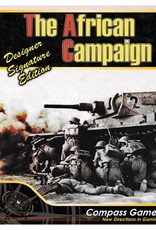 The African Campaign, Designer Signature Edition, marks the return of a true wargaming classic by John Edwards, faithfully remastered and updated with this all-new, supersized edition. Celebrated by many as “Afrika Korps done right,” this two-player game allows players to explore the key elements of the Desert War, beginning in December 1940 with Wavell’s first offensive, Operation Compass, against the Italian forces of Marshal Graziani, and culminating in December 1942 when the Americans landed in Rommel’s rear, thus sealing the ultimate fate of the Afrika Korps. The African Campaign is yet another Classic Reborn! by Compass.