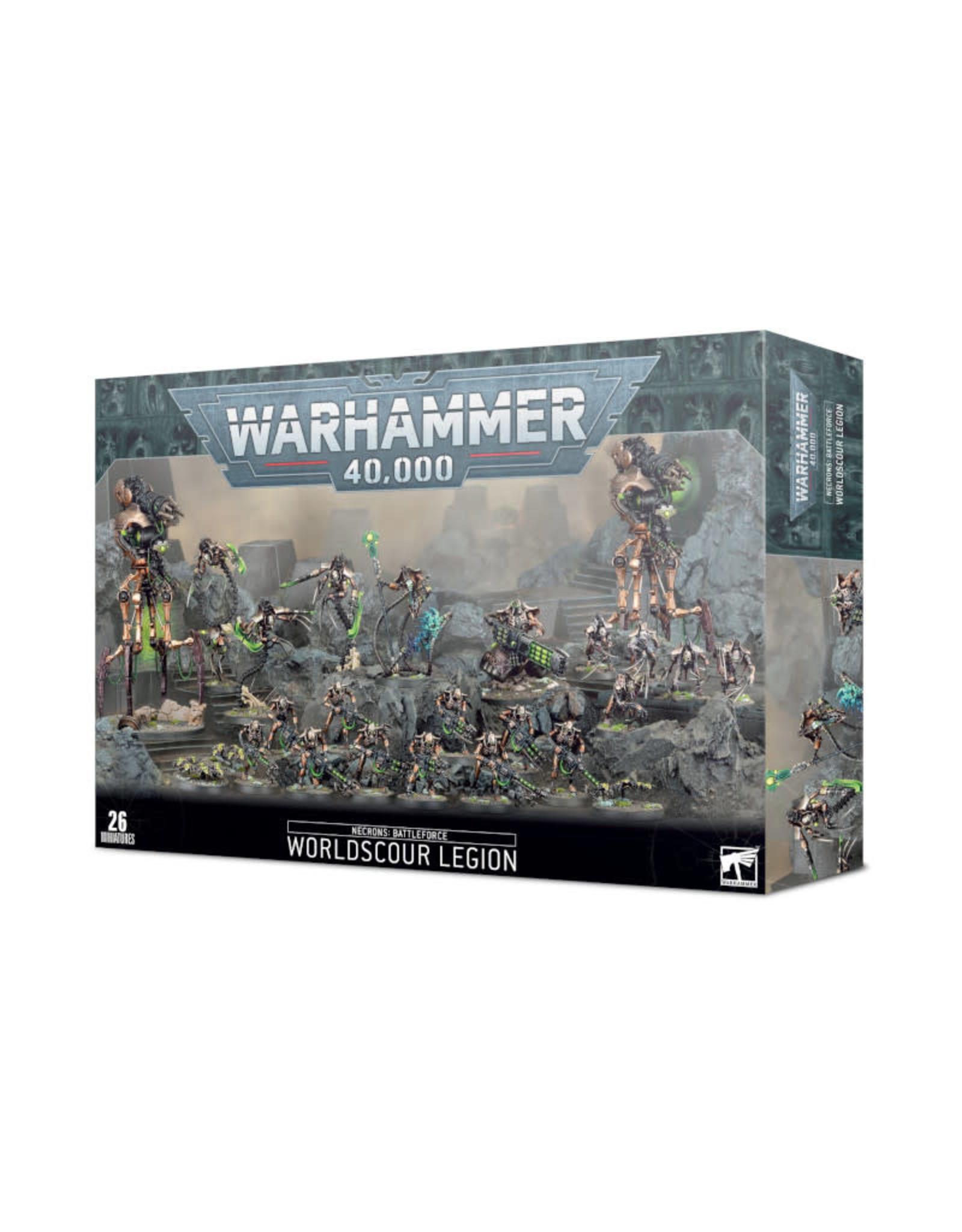 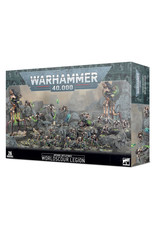 e Necrons are amongst the most ancient and powerful races in the galaxy. Armoured bodies of living metal, they advance in inexorable lockstep upon their terrified foes. Their weapons unleash the fundamental energies of the cosmos, even as flickering portals beam Necrons into battle from across impossible interstellar gulfs. Shattered shards of insane star gods warp reality itself to annihilate the enemy, even as deranged nobles command mighty war engines to eradicate their victims wholesale. Terrible, monstrous beings with bladed limbs and glowing eyes stalk their victims from the shadows, attacking in sudden explosions of insane butchery. As the Necrons’ archeotechnological tomb cities rise up from below and their eerie invasion fleets sweep down from the skies, their enemies feel the icy grip of terror clutch their hearts; surely their doom is upon them.

Dominate the battlefield with the Worldscour Legion – a formidable combination of relentless android infantry formed of Necron Warriors and wickedly clawed Flayed Ones, and brutally destructive weapons platforms in the Lokhust Heavy Destroyer and Canoptek Doomstalkers. A Psychomancer Cryptek offers a hypertechnological edge, while a pack of Ophydian Destroyers will tear through anything in their path.

Each miniature comes supplied with an appropriate base. They are supplied unpainted and require assembly – we recommend using Citadel Plastic Glue and Citadel paints.