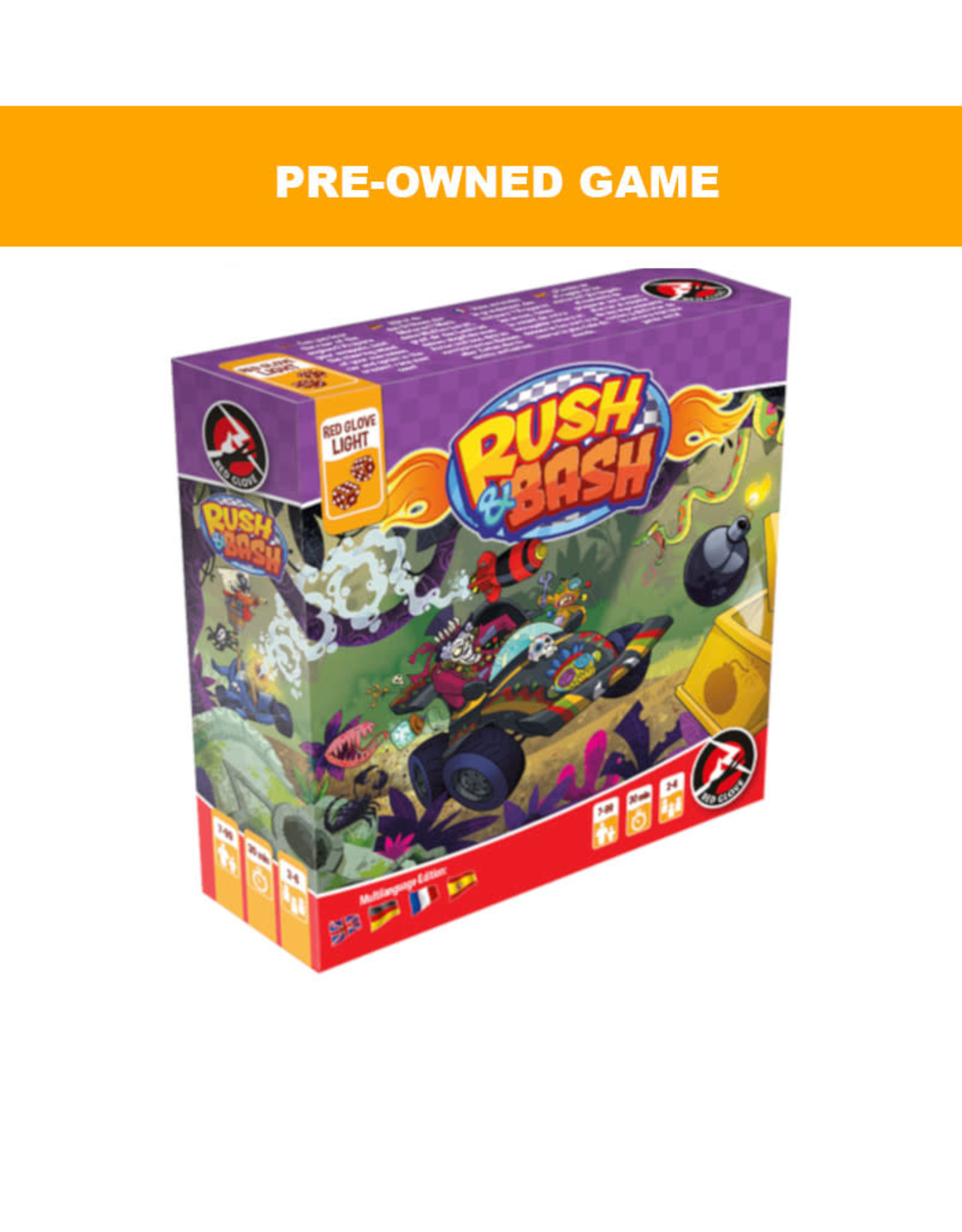 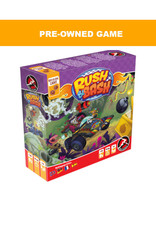 Rush & Bash is a fast-paced game about a crazy race set in the same world of games like Vudù, GodZ, and the Super Fantasy series.

Players take turns by playing a card from their hand, and the card will grant them an optional special effect (launching missiles, dropping bombs, repairing the car, changing lane, charging a special ability) and a movement value in a straight line. Players can also unleash their special abilities, that may allow them to play more cards or activate special effects.

There are two types of cards, and players draw them according to their position on the racing track, keeping the game always balanced and uncertain until the end.

There is also a "championship mode" that allows players to customize their cars and play multiple races.

The board is modular and is made by twelve cardboard terrains, all with unique effects and obstacles, including various 3D elements like bridges, volcanoes and wild creatures.