UNDO Blood in the Gutter

Home / UNDO Blood in the Gutter 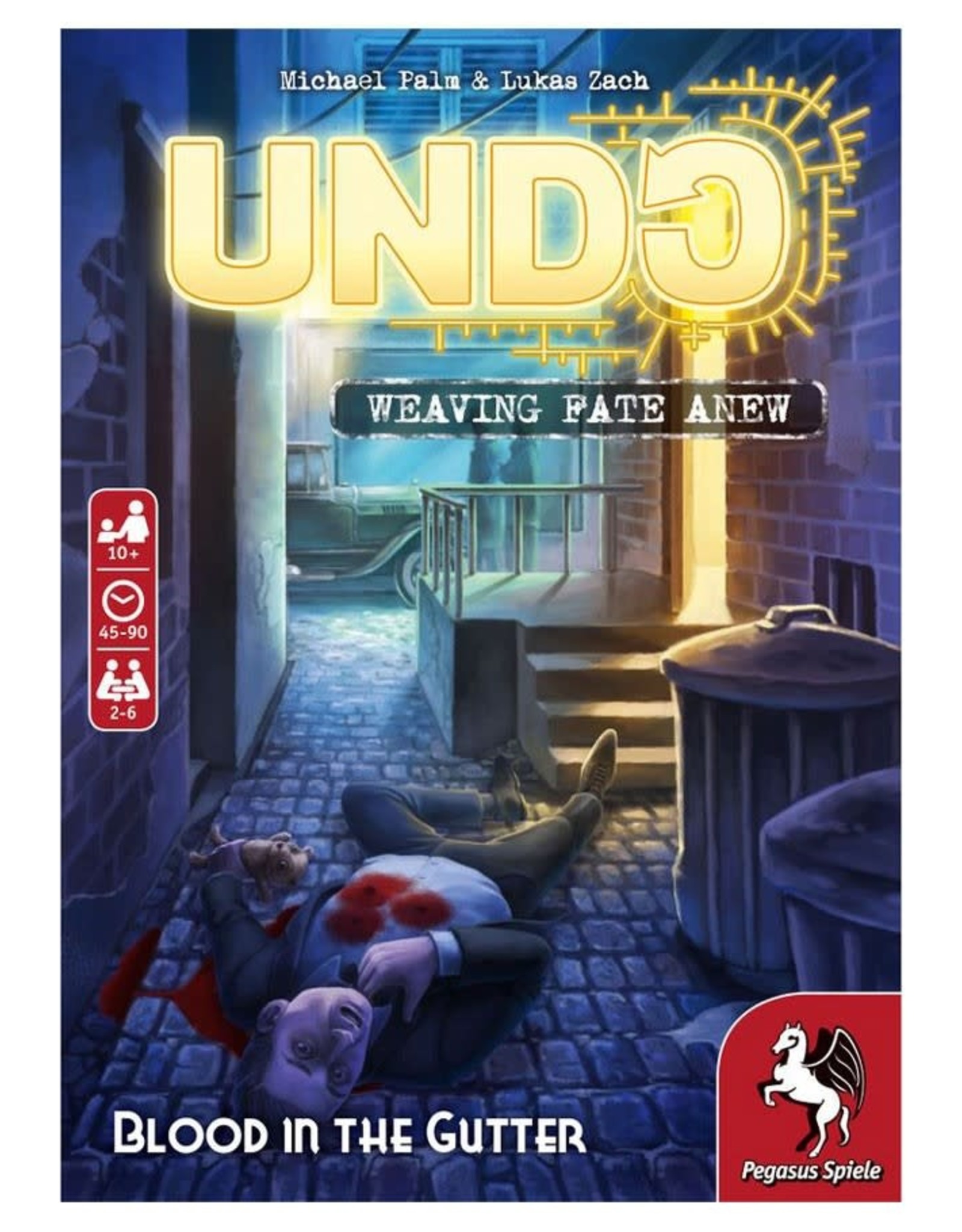 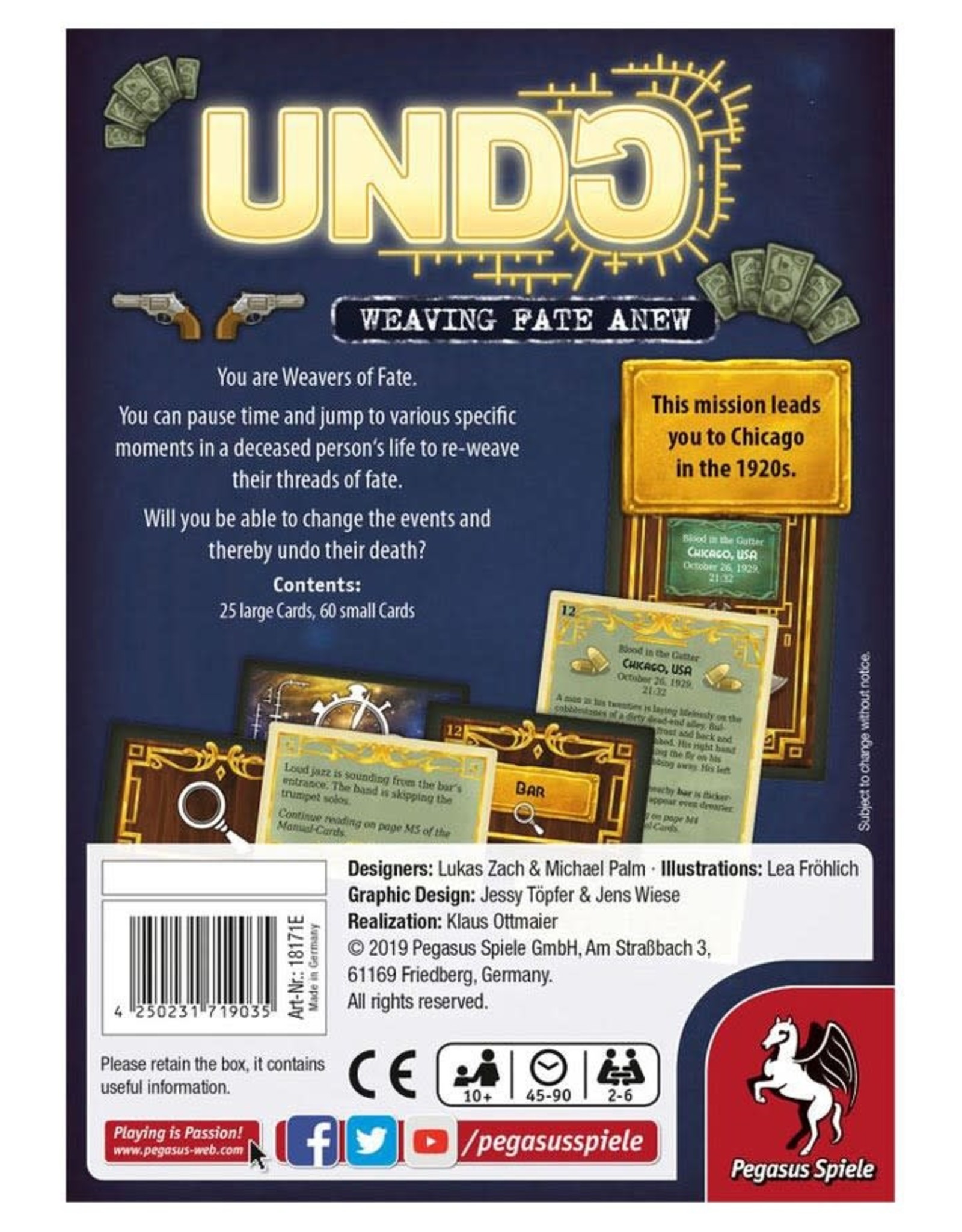 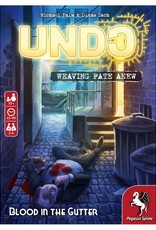 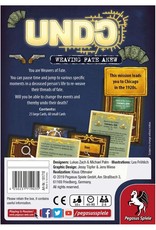 Chicago, USA, October 1929: A man in his twenties lies dead on the cobblestones of a dirty dead-end alley. His tailcoat shows bullet holes at the front and back, and his white shirt is blood-soaked. It seems that his right hand tried to loosen the bow tie at his throat while his life was already ebbing away. The green neon sign of a nearby bar flickers, making the dead-end appear even drearier… Undo – Blood in the Gutter is not about reconstructing the progression of events or identifying a murderer. Instead, the players act as incorporeal Weavers of Fate who travel into the man’s past to undo his death. They decide together in which order they want to visit the different moments of the victim’s life. Every leap in time entails important decisions, which influence whether the man lives or dies. Will the players be able to change his fate and save him? Blood in the Gutter is one of three initial cases of the innovative new game series Undo. As players travel through the dead man’s past and try to give him a future, they gradually explore a touching story about poverty, grief and family.