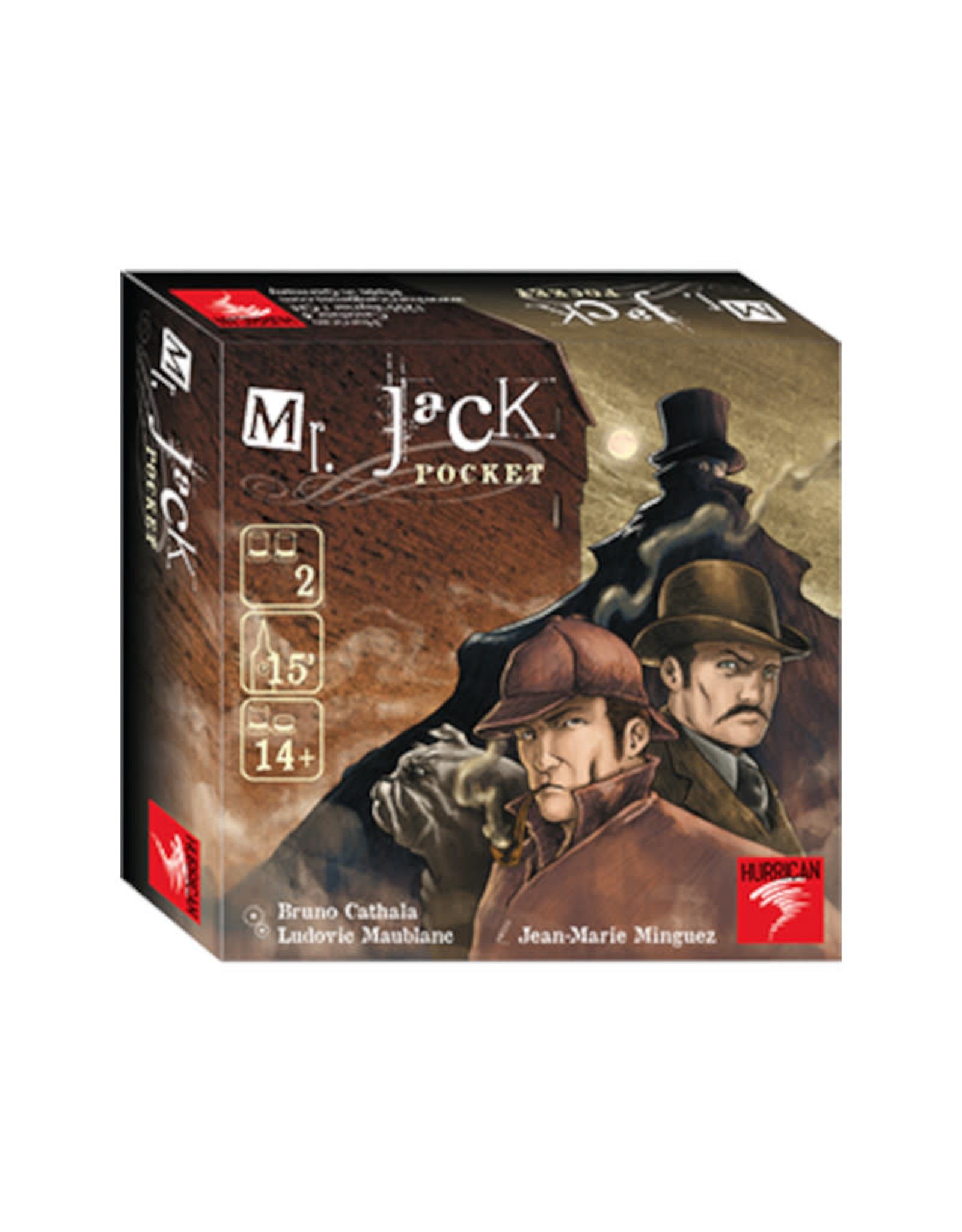 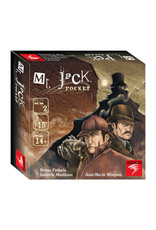 Mr Jack Pocket is an asymmetrical game of deduction combined to spatial logic, based on the Mr Jack London game system. It is played on a modular board divided into 9 double-sided street tiles, whose positioning is free.

One player is Mr Jack, who is one of the 9 characters depicted on the tiles. The other player is the Investigator, who has 8 turns to unmask him, helped by 3 detectives moving around the board and “looking” at the streets in a row or column.