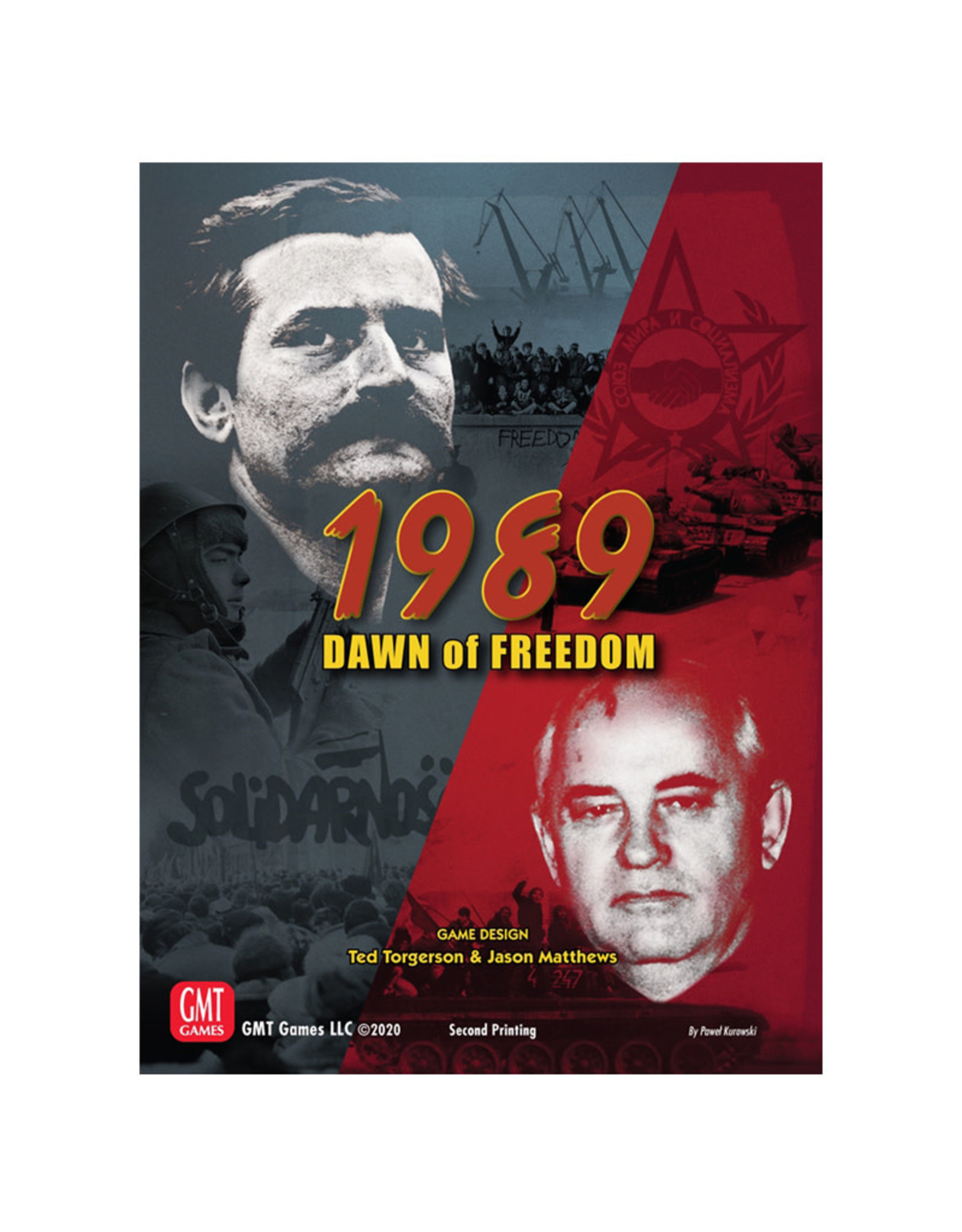 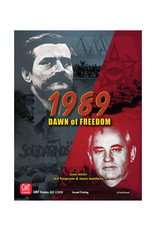 1989, a Card-Driven Game Simulating the End of the Cold War (GMT Games)

1989 is an exciting, fast paced game simulating the end of the Cold War in 1989. During this amazing year, a series of democratic revolutions ended the 40 year Soviet empire in Eastern Europe. 1989 simulates the political, social and economic aspects of these revolutions using a card driven system similar to Twilight Struggle.

One player plays the Communist. At the start of the game he holds unquestioned power across the six nations of the Warsaw Pact. But there are omnious clouds on the horizon. The new leader in Moscow has declared no more will Soviet tanks prop up tottering Communist governments. The economies, after decades of central planning and stagnation, have reached various stages of crisis. Inside the churches and among the students and their professors there are dissident movements that have been emboldened. From crushing dissent to offering concessions, the Communist player will have to use a variety of strategies in a struggle to hold on to his empire.

The other player plays the Democrat. At the dawn of 1989, behind the iron curtain, no one considers revolution possible. The goal of dissidents is to create a civil society outside the control of the Communist regimes. On their side are students who are fascinated with the style and pop culture of the west, and the Church. Against them is the vast apparatus of the Communist state. Their challenge is to persuade the workers, who are the bulk of society, to join their cause.