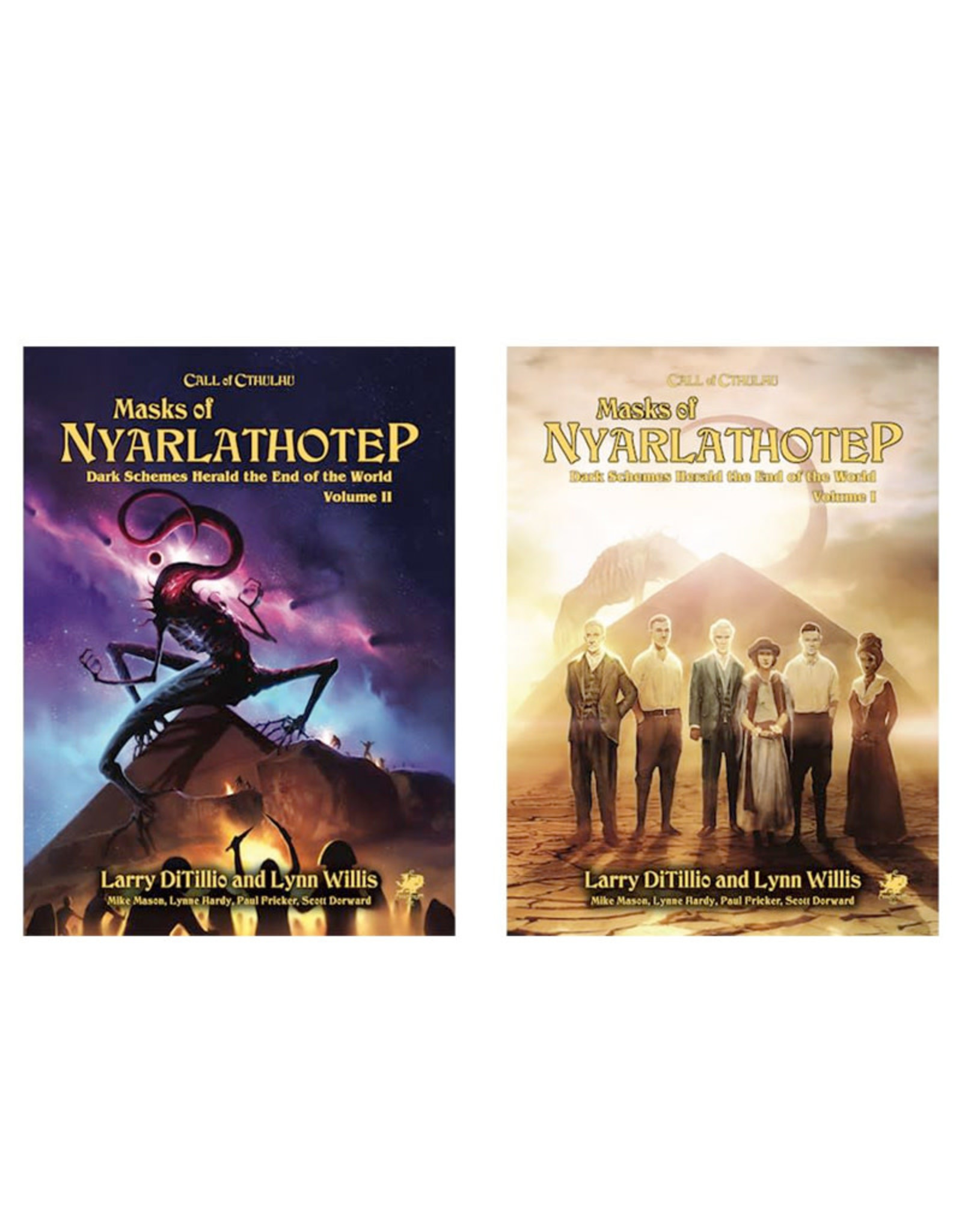 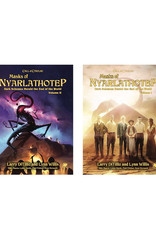 A dire plan has been enacted. If allowed to come to fruition, it threatens to destroy humanity was we know it. But all is not lost. If a few brave souls can uncover and piece together certain information, they might stand against the darkness and prevent the unspeakable from happening.

Facing dark cults, strange lore, hideous monsters, and a host of implacable foes, the investigators embark on a journey of discovery to face the ultimate horror. This is their story and yours to tell.
Award Winning
Long considered to be one of the finest and most engaging roleplaying campaigns ever written, Masks of Nyarlathotep won Best Roleplaying Adventure by the Academy of Adventure Gaming Arts & Design.

This Call of Cthulhu roleplaying classic is a series of linked adventures forming one unforgettable campaign. Beginning in Peru in 1921, an exciting prologue to the campaign introduces the investigators to Jackson Elias, the charming author whose research uncovers a sinister plot. Ultimately, the investigations follow the trail of the mysterious Carlyle Expedition, picking up clues in New York City in 1925 and then moving overseas to England, Egypt, Kenya, Western Australia, and China. With enemies at every turn, the path is fraught with danger.

The Stars Are Right!

Masks of Nyarlathotep has been comprehensively revised and updated for use with Call of Cthulhu 7th Edition, but may also be run with the Pulp Cthulhu supplement.