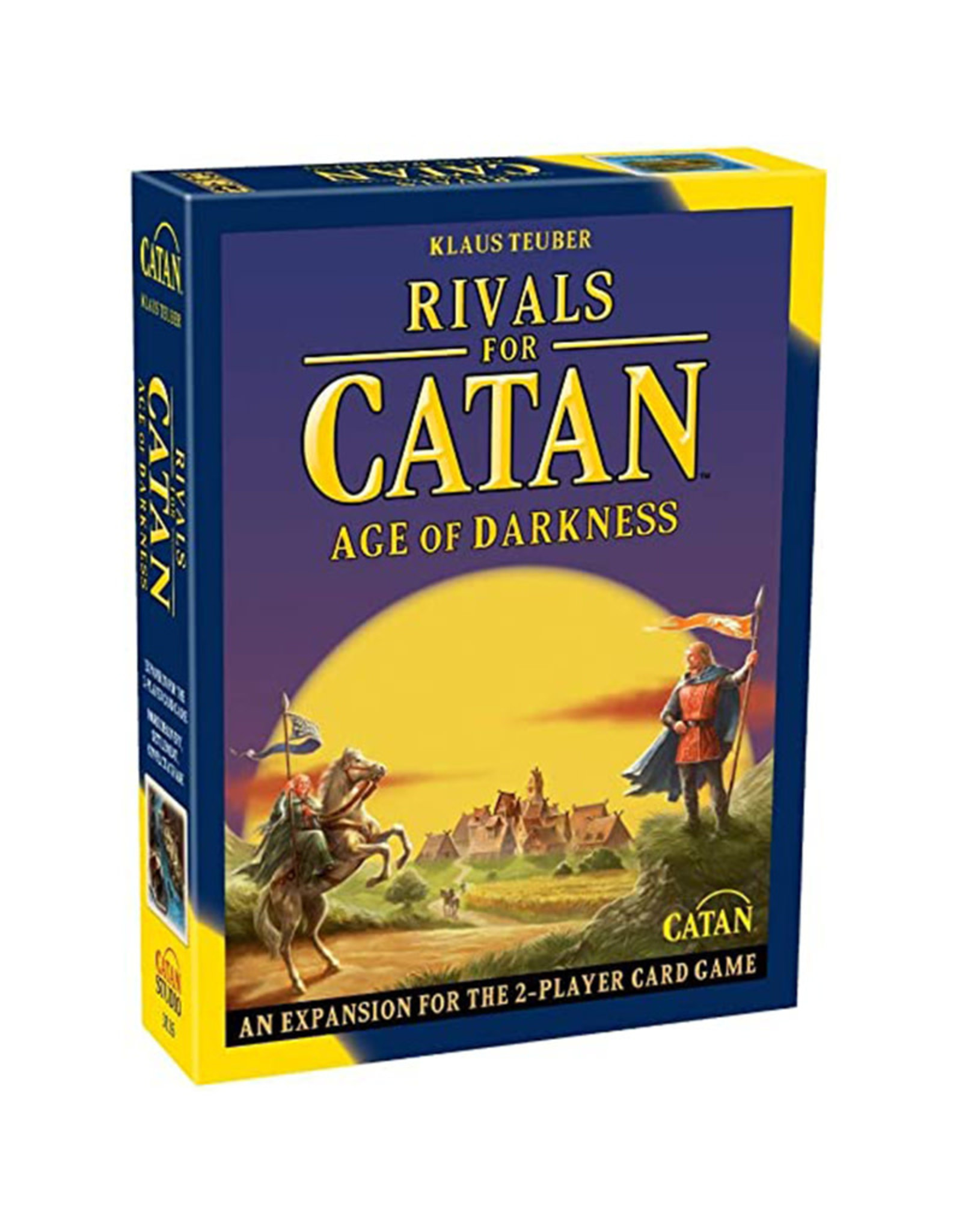 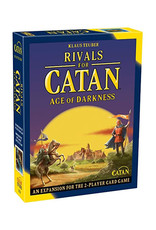 This expansion includes three new Theme Sets, “The Era of Intrigue,” “The Era of Merchant Princes,” and “The Era of Barbarians,” which add more variation to the existing game. In addition, the Tournament Game is introduced. The Era of Intrigue! Determine Catan’s spiritual balance! A Religious Dispute causes both players to lose cards. Churches and Temples minimize losses. Temple cards strengthen your access to your own draw stacks. Church cards lure opposing heroes and earn gold. With a Church and a Temple, you may build the Great Thing stead and end the conflict. The Era of Merchant Princes! Control Catan’s commerce! This set focuses on the Commercial Harbor and the Merchant’s Residences, decisive buildings in the struggle for trade advantage. Maritime Trade Monopolies and the Master Merchants enhance trade ships. The Shipbuilder reduces the building costs of ships. Dominate trade using clever card combinations! The Era of Barbarians! Barbarians invade! Both players must muster and fend off their attacks. Employ Castles, Border Fortresses, the Strategist, the Caravel, and new heroes. Will you prevail or be ransacked?

"Requires Rivals for Catan to Play