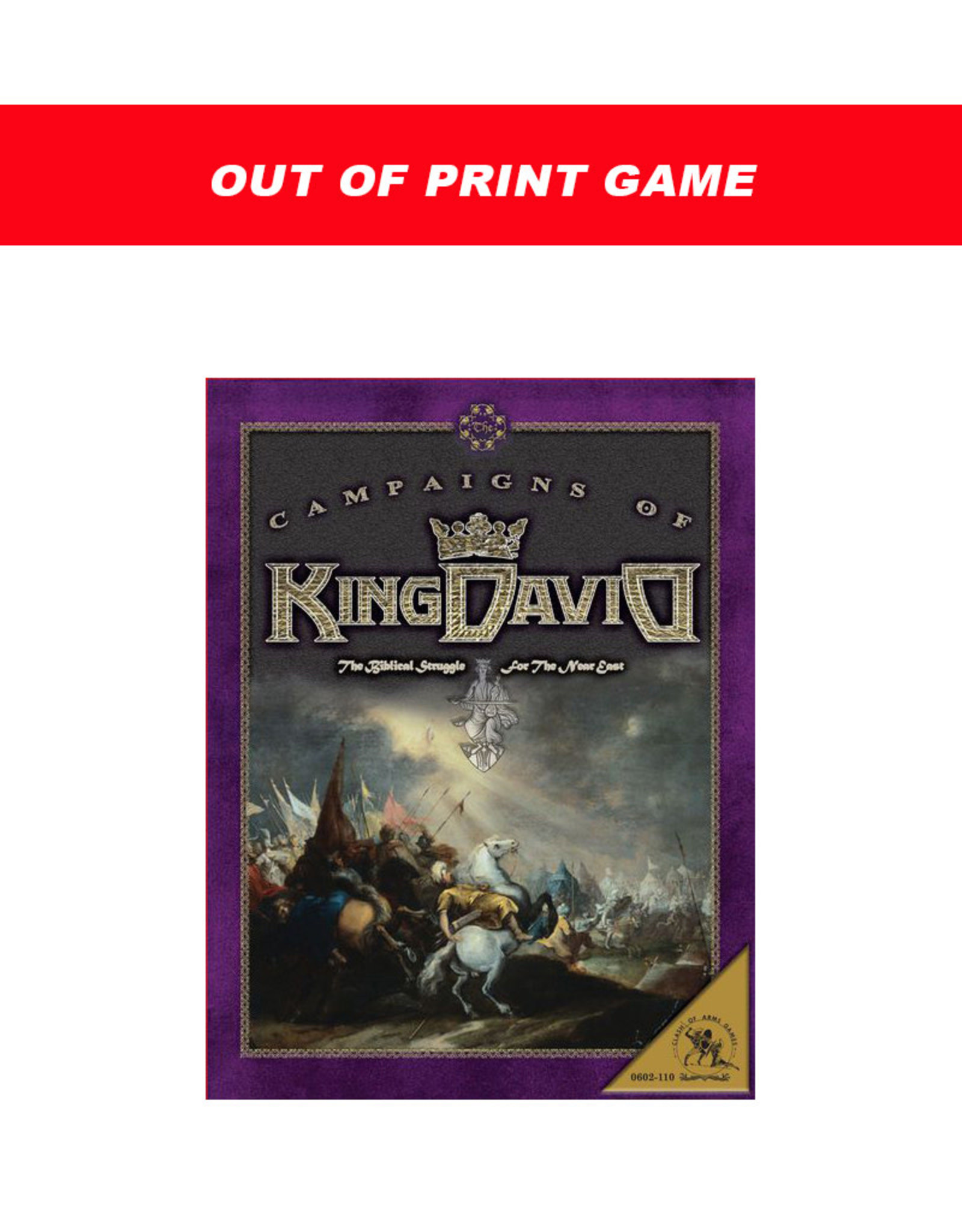 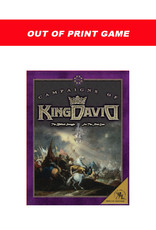 The Campaigns of King David cover the 35 years struggle for supremacy of the fertile crescent during the Old Testament reign of Judah's King David.

Using a unique system that incorporates economics, diplomacy and military operations, players maneuver combat units and leaders over a full color map of the Near East and have a limited number of turns to determine victory!

With 15 Action Phase Chits to choose from, each turn is unique as players deal with the twists and turns of fate - ensuring no two games are ever the same. Players mys husband their resources to maintain their field armies, build and re-equip units, fortify cities and wage war through leaders who command chariots, phalanxes and militia.

Two to five players attempt to achieve their victory conditions (control of cities). The game is 7 turns, each with 5 separate sections. Four of the sections play very quickly (Initiative Determination, Diplomacy, Drawing Phase Chits, and determining if victory conditions have been met. The fifth section, Phases, has 12 Actions. Each Action consists of one specific type, movement/combat, obtaining resources, obtaining food, army maintenance and building, etc. The 12 Actions are chosen randomly with the first six shown face up, allowing the players to know the order. The remaining six are displayed face down, providing some uncertainty as to the next Action to occur. As there are 15 Action chits from which to choose, players never know exactly what will occur the second half of the Phase sections. Players must husband their resources and food to maintain their field armies, build and re-equip units, improve fortified cities, and wage battle.

Play is balanced, with each nation's victory conditions tailored to its historical situation. Game duration ranges from 3 hours for a two-player game up to 5-6 hours for a five-player game.

Will Judeah expand its territory under the direction of a great king? Or will it collapse beneath the might of Philistia, Aramea and Egypt? Condemned to the drifting sands of obscurity? You decide...