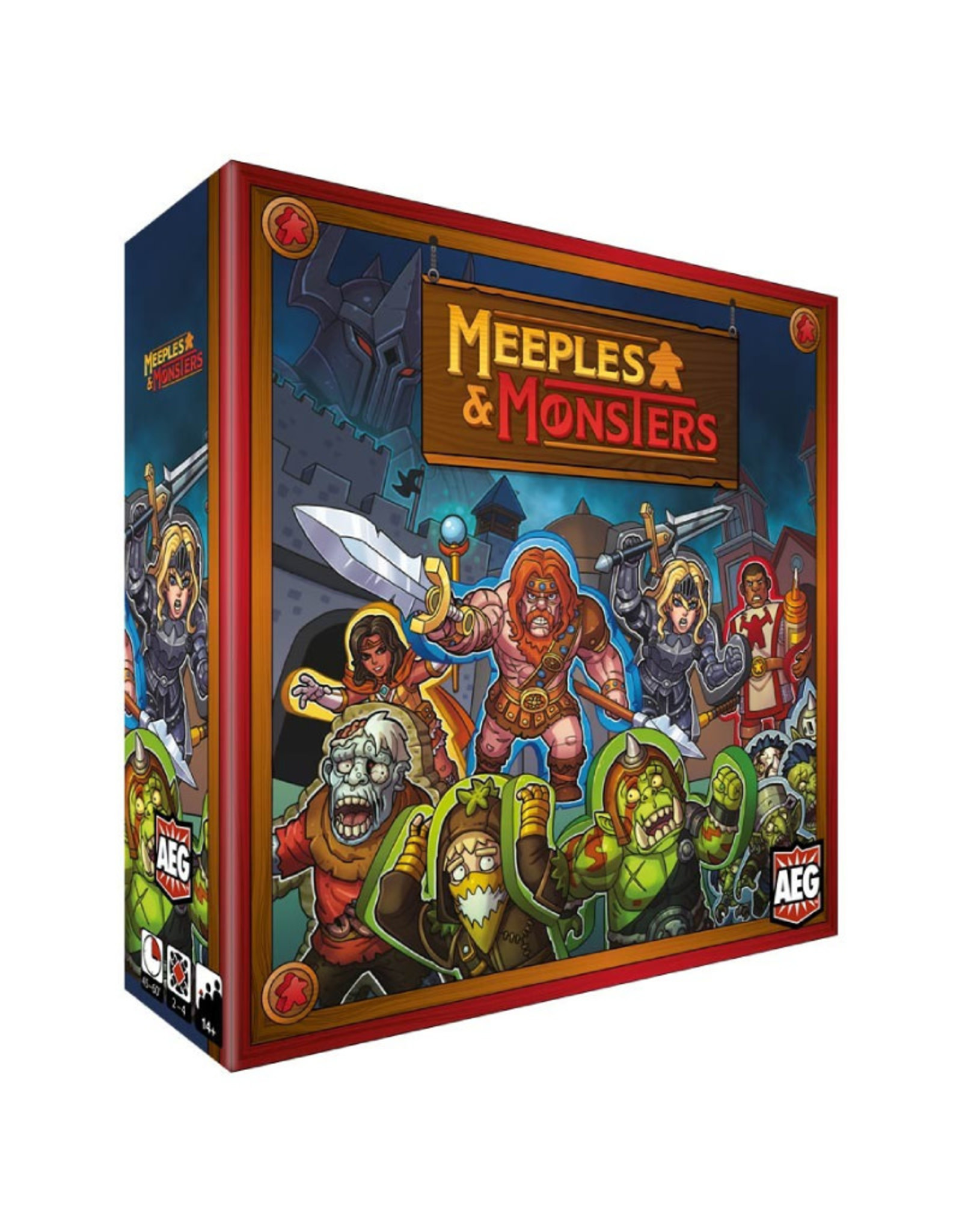 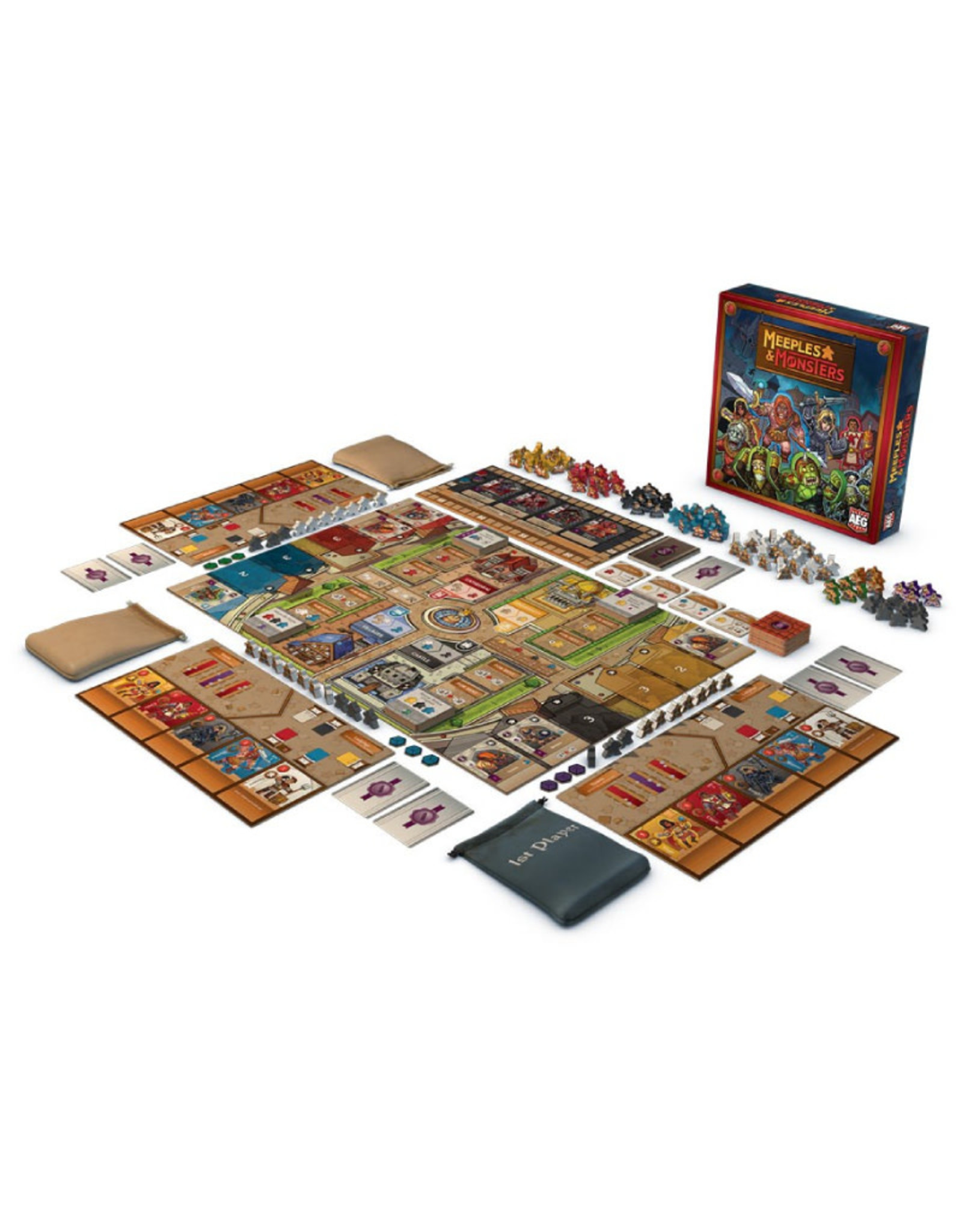 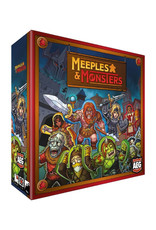 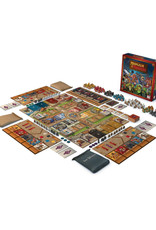 The peaceful city of Rowan is surrounded by dangerous monsters. It’s up to the citizens to fortify the city, train up warriors, clerics, knights, and mages, and defend Rowan in Meeples & Monsters!

Meeples & Monsters is a big, beautiful bag-building engine builder by designer Ole Steiness (Champions of Midgard and more). Depth, replayability, beautiful components, and a splash of meeple humor will have you coming back for “just one more play” game night after game night!

During a player’s turn, they draw meeples out of their bag and use those meeples to perform various actions on the board. Those actions include upgrading your meeples, adding new meeples to your bag, fighting monsters, or even upgrading the town giving players even more options on future turns. At the end of a player’s turn, all the meeples they drew are put onto the “lodging” part of the player’s board.