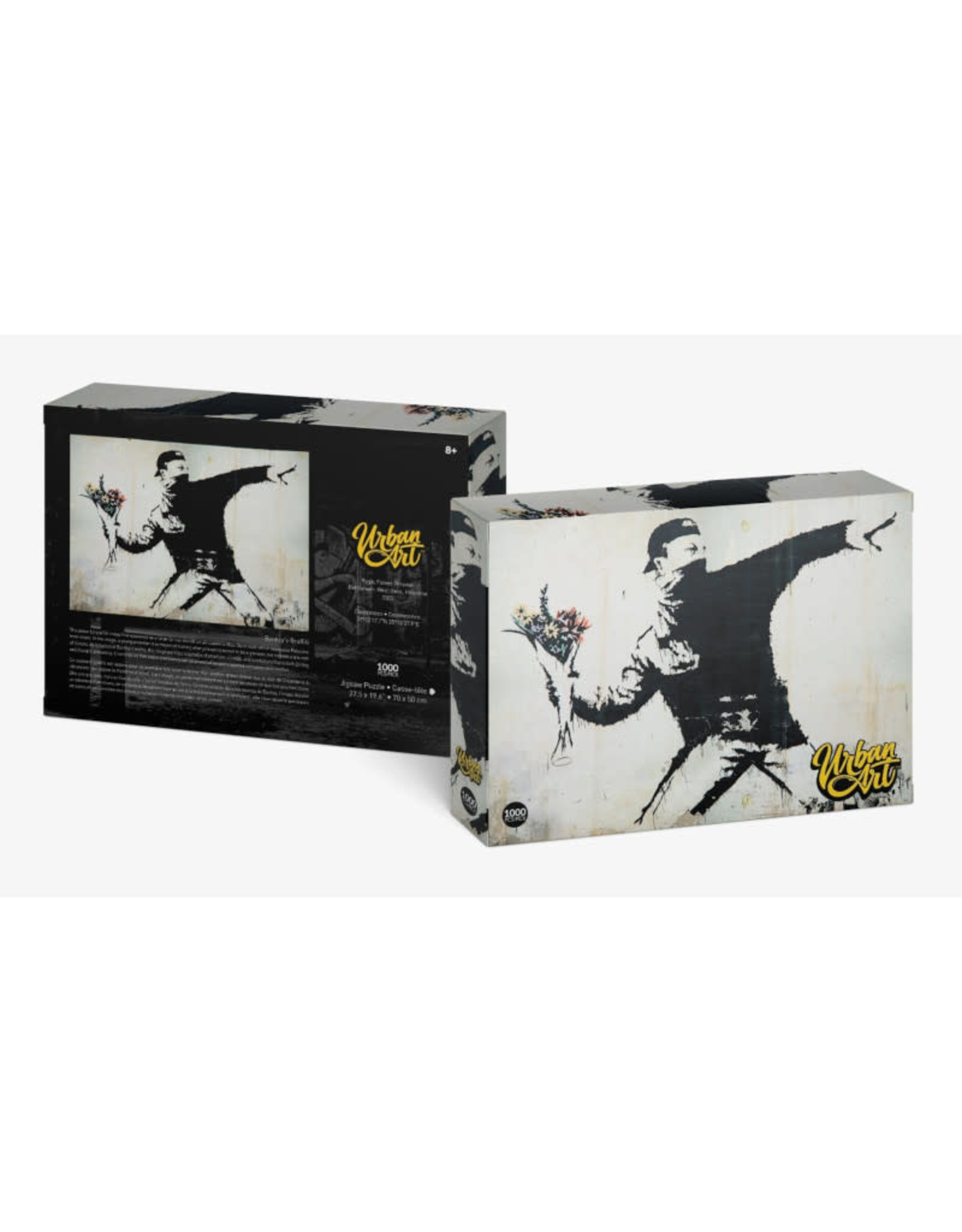 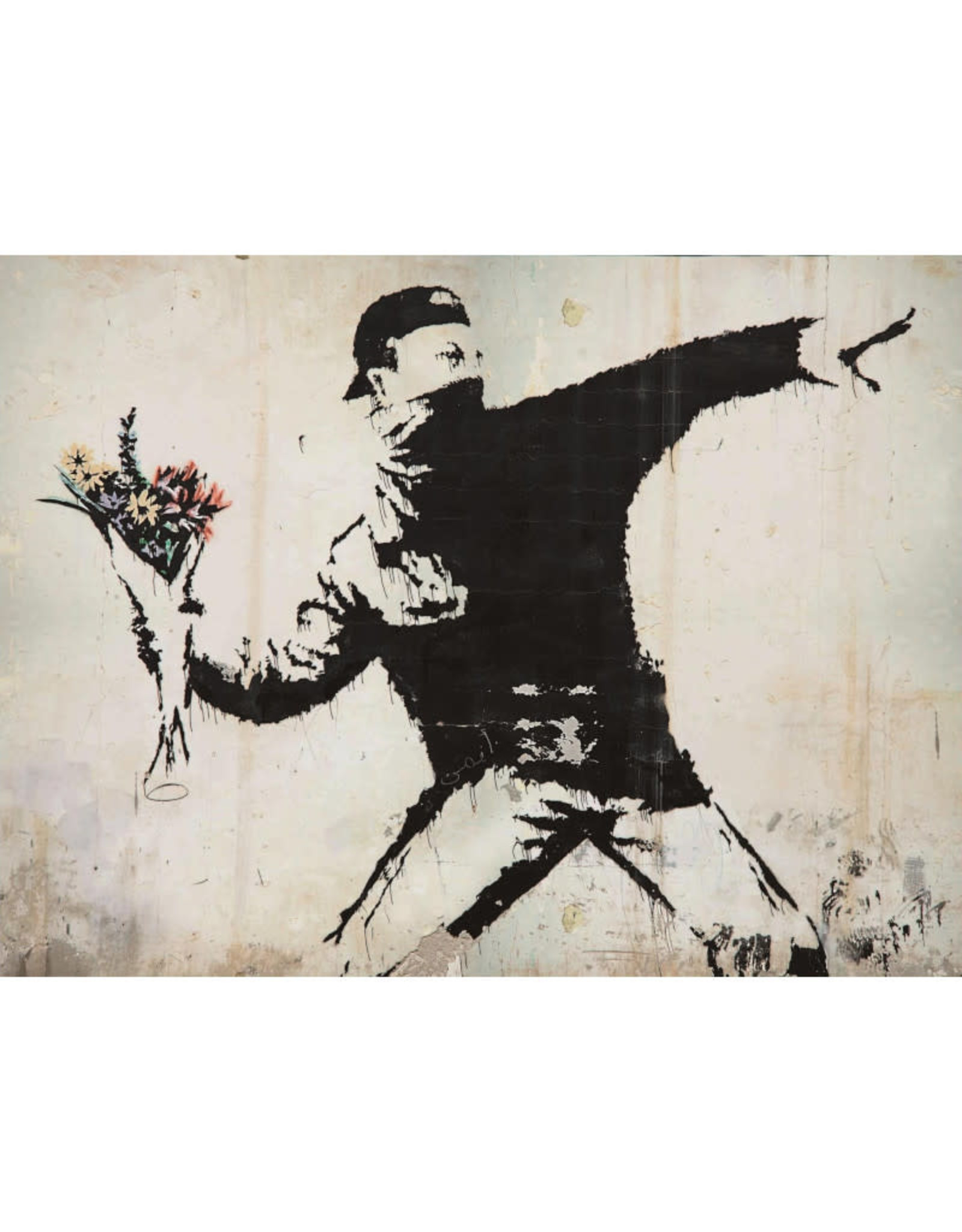 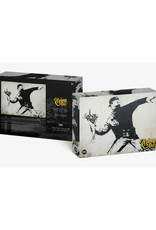 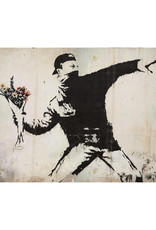 This powerful graffiti image first appeared as a large format stencil on Jerusalem’s West Bank wall, which separates Palestine from Israel.  In the image, a young protester is in the act of hurling what you would expect to be a grenade, but instead is a bunch of flowers. As is typical of Banksy's works, the image portrays a paradox of emotions, context, and symbolism that is both jarring and thought-provoking: it reminds us that peace and beauty can be powerful weapons against corruption and conflict. 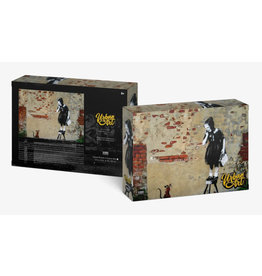 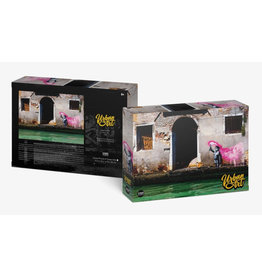 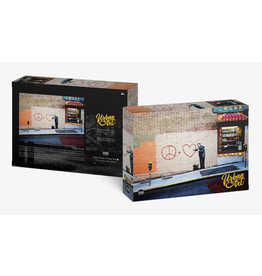 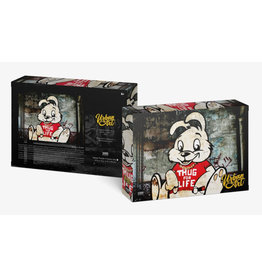